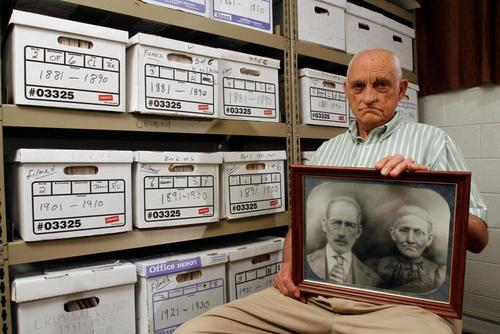 “NASHVILLE, Tenn. — For years, varied and sometimes wild claims have been made about the origins of a group of dark-skinned Appalachian residents once known derisively as the Melungeons. Some speculated they were descended from Portuguese explorers, or perhaps from Turkish slaves or Gypsies.

Now a new DNA study in the Journal of Genetic Genealogy attempts to separate truth from oral tradition and wishful thinking. The study found the truth to be somewhat less exotic: Genetic evidence shows that the families historically called Melungeons are the offspring of sub-Saharan African men and white women of northern or central European origin.

And that report, which was published in April in the peer-reviewed journal, doesn’t sit comfortably with some people who claim Melungeon ancestry.

“There were a whole lot of people upset by this study,” lead researcher Roberta Estes said. “They just knew they were Portuguese, or Native American.”…

…In recent decades, interest in the origin of the Melungeons has risen dramatically with advances both in DNA research and in the advent of Internet resources that allow individuals to trace their ancestry without digging through dusty archives.

G. Reginald Daniel, a sociologist at the University of California-Santa Barbara who’s spent more than 30 years examining multiracial people in the U.S. and wasn’t part of this research, said the study is more evidence that race-mixing in the U.S. isn’t a new phenomenon.

“All of us are multiracial,” he said. “It is recapturing a more authentic U.S. history.”

Estes and her fellow researchers theorize that the various Melungeon lines may have sprung from the unions of black and white indentured servants living in Virginia in the mid-1600s, before slavery…”
See on www.mixedracestudies.org