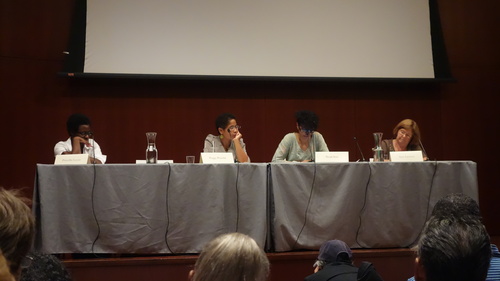 “I received more than a few raised eyebrows after describing the recent trip my wife and I took to attend the Black German Cultural Society of New Jersey’s Second Annual Convention at Barnard College in New York. If you are tempted to believe that being both Black and German is an oxymoron; think again. African and German interactions go back as far as at least 1600. A fact that is unknown to most, Germany played a significant role during the American Civil Rights Movement as described in Maria Höhn and Martin Klimke’s book Breath of Freedom: The Civil Rights Struggle, African American GIs, and Germany. Although Black Germans, or rather Afro-Germans, consist of less than 1% of the German population (exact numbers are difficult to determine because German demographics do not track race), they are a growing and vocal segment within Germany and beyond.” -Steven F. Riley