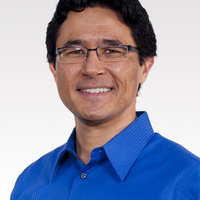 “This is the first in a series of interviews with scholars, writers, activists and others involved with the topic of multiracilism.

Scholar Eric Hamako is an Ed.D. candidate in the Social Justice Education concentration at the University of Massachusetts Amherst and a long-time student- and community-organizer of mixed-race activities. Last October, Eric was appointed to a position on the United States Census Bureau’s National Advisory Committee (NAC) on Racial, Ethnic and Other Populations for a two-year term. The committee, as one of several National Advisory Committees, advises theCensus Bureau on a wide range of variables that affect the cost, accuracy and implementation of the Census Bureau’s programs and surveys.”