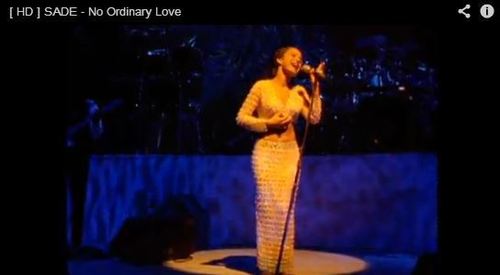 It is one of her best songs and easily her best video: Sade as mermaid, Sade running through the streets of Los Angeles in a wedding dress throwing rice. How can you beat that?  The video is based on the Little Mermaid story – where the mermaid gives up her voice for love. The video was shot in September or October 1992. It was directed by Sophie Muller, a friend of Sade’s from Saint Martins School of Art. Muller also directed “Babyfather” (2010), another great Sade video and song.”

Sade and Abagond: A couple of my top 10 favorite people on the planet.


“…I think her live version of this track on Youtube is more chilled and sensual, and one gets to see more of her. Beautiful woman.” –Bulanik

3 thoughts on “Sade: No Ordinary Love”