This book traces the history and diversity of Latin@ people in the US and shows readers the roots of racism and how it continues today.  Like Still I Rise, Latino USA presents multiple perspectives within and among Latin@ communities about historical and contemporary issues, demonstrating how Latin@s aren’t a homogeneous group and encouraging critical thinking.

Sourced through Scoop.it from: www.criticalchildrenslit.com

In February/March of this year Purvi Patel, a 33-year-old Indian-American woman, became the first woman in the U.S. to be charged, convicted and sentenced for feticide and child neglect over the loss of her late-term fetus.

It started with barely a hunch. I read, “resulted from…relationship with a married co-worker,” “didn’t want her conservative Hindu parents to know,” “shouldn’t have sex outside of marriage,” and a light bulb was dimly lit in my mind. I reflected on those words and in them I saw boundaries, boundary-crossing: (cis)female/male, married/unmarried, Hindu/non-Hindu, proper/improper, faith/fear, expectation/defiance. The light bulb grew brighter; an unformed contemplation sat vaguely in the corner. Then other details emerged: immigrant/American, authority/subordinate, empowered/disempowered, justice/injustice. The light bulb grew even brighter, illuminating an idea that stood up and stepped forward out of shadow.

StandWithNanHui and Stop the Deportation! Reunite a Domestic Violence Survivor with Her Daughter!

Thank you for sharing this Sharon @multiasianfams

Gr 2–5—When the Mendezes moved to Westminster, CA, in 1944, third-grader Sylvia tried to enter Westminster School. However, the family was repeatedly told, “‘Your children have to go to the Mexican school.’ ‘But why?’ asked Mr. Mendez……’That is how it is done.'” In response, they formed the Parents’ Association of Mexican-American Children, distributed petitions, and eventually filed a successful lawsuit that was supported by organizations ranging from the Japanese American Citizens League to the American Jewish Congress. Younger children will be outraged by the injustice of the Mendez family story but pleased by its successful resolution. Older children will understand the importance of the 1947 ruling that desegregated California schools, paving the way for Brown v. Board of Education seven years later. Back matter includes a detailed author’s note and photographs. The excellent bibliography cites primary sources, including court transcripts and the author’s interview with Sylvia Mendez, who did attend Westminster School and grew up to earn the Presidential Medal of Freedom. Tonatiuh’s illustrations tell a modern story with figures reminiscent of the pictorial writing of the Mixtec, an indigenous people from Mexico. Here, the author deliberately connects his heritage with the prejudices of mid-20th century America. One jarring illustration of three brown children barred from a pool filled with lighter-skinned children behind a sign that reads, “No Dogs or Mexicans Allowed,” will remind readers of photographs from the Jim Crow South. Compare and contrast young Sylvia Mendez’s experience with Robert Coles’s The Story of Ruby Bridges (Scholastic, 1995) to broaden a discussion of school desegregation.—Toby Rajput, National Louis University, Skokie, IL
– Click through for more –

“I care about: women, sex, sluts, queers, love, migration, justice and the planet. I work for global justice.” 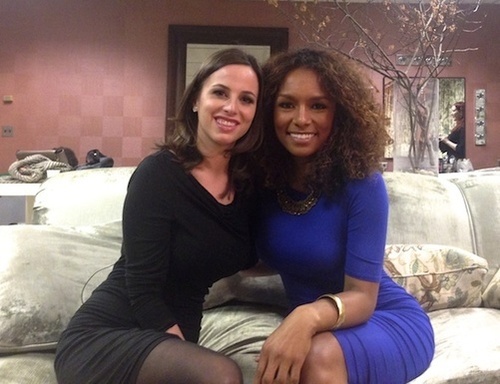 Janet Mock flips the script on the Fusion host asking about her body, vagina and identity to demonstrate how transgender people are treated by journalists. 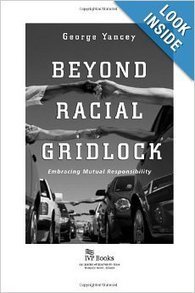