My daughter gets this one: “No. You’re White.”

Donate to the anti-fascists/anti-racists who put their lives on the line to stand up against white supremacy.

Sourced through Scoop.it from: fundrazr.com

Sacheen Littlefeather (1946- ), a Native American activist and actress, is best known for refusing an Academy Award on behalf of Marlon Brando in 1973. He had won Best Actor for playing Don Corleone in “The Godfather” (1972), his most famous role. Brando thought it better to go to the stand-off at Wounded Knee between AIM and the FBI than to go to the Oscars.

She came up on stage dressed in her Northern Traditional powwow dance outfit, refused the Oscar and then said in part:

“He very regretfully cannot accept this very generous award. And the reasons for this being are the treatment of American Indians today by the film industry (boos, applause) and on television in movie reruns and also with recent happenings at Wounded Knee.”

The Syrian refugee crisis is creating national debates on how to handle the influx of people from war torn nations all around the world. Last week the internet was ablaze with the news that Apple co-founder Steve Jobs himself was the son of a Syrian refugee after street artist Banksy created a mural depicting Jobs as a refugee.

Sourced through Scoop.it from: thefreethoughtproject.com

Ashley Southall
A 19-year-old Wisconsin man was shot and killed Friday by a police officer during a scuffle inside an apartment in Madison, police officials said. The shooting prompted protests that continued on Saturday and led officials to call for restraint while the shooting is investigated.
The shooting occurred Friday evening after the police received calls for a man who had committed battery and was jumping in and out of traffic, Michael C. Koval, the Madison chief of police, said. A police officer followed the man to an apartment and forced his way in after hearing a disturbance inside, the chief said. The man then assaulted the officer, who shot the man, according to Chief Koval, who spoke at a news conference in Madison Friday evening.
The officer immediately began rendering first aid, but the man died at a hospital, Chief Koval said. The authorities did not immediately release his name, but his mother identified him as Tony Robinson, an African-American who graduated from high school in 2014.

“My son has never been a violent person,” Andrea Irwin, who identified herself as Mr. Robinson’s mother, told WKOW, a Madison television station. “And to die in such a violent, violent way, it baffles me.”…
Read the entire article here.

Thank you to Steven Riley of Mixed Race Studies for sharing.
#BlackLivesMatter 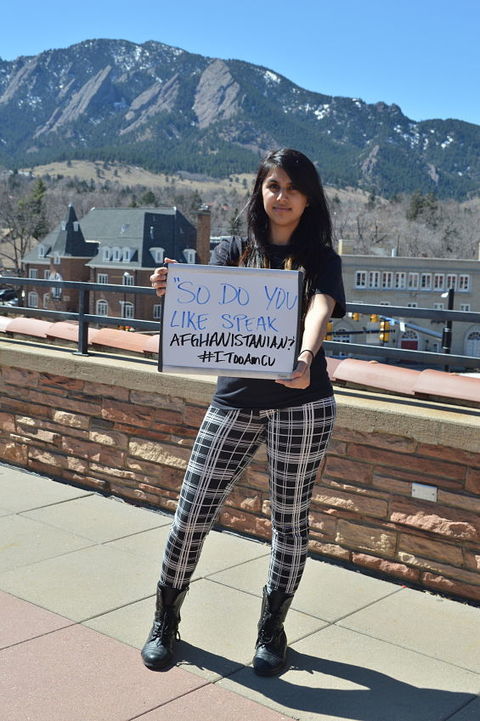 Outsiders may believe that CU-Boulder’s student body is monochromatic and diversity-free. But I, Too, Am CU, an amazing tumblr and…

Via Scoop.it – CommunityVillage
The recent police-related deaths of 43-year-old Allen Kephart in Lake Arrowhead, California and 37-year-old Kelly Thomas in Fullerton, California have sent shockwaves through the their respective comm…
Show original