Pop culture often portrays Asian Americans as successful because of strict parenting or just plain hard work. But a new book debunks the “model minority” myth, revealing the way government policies have actually skewed those perceptions. I recently interviewed Jennifer Lee, professor of sociology at the University of California, Irvine, and co-author of The Asian American Achievement Paradox about her research.

Sourced through Scoop.it from: www.blogher.com

“Hapa” is a Hawaiian term meaning mixed race. It comes from Hawaiian Pidgin English, derived from the English word “half”.

There are at least three meanings in common use:

The month of May in the US is Asian American and Pacific Islander Heritage Month 2015. I will try to have at least ten posts that have to do with Asia, the Pacific or their diasporas, especially in the US.

“Mitochondrial DNA provides us with a unique periscope back in time to view our most distant ancestors, and the path that they took through time and place to become us, here, today.  Because mitochondrial DNA is passed from generation to generation through an all-female line, un-admixed with the DNA from the father, the mitochondrial DNA we carry today is essentially the same as that carried by our ancestors hundreds or even thousands of years ago, with the exception of an occasional mutation.”

“Silencing is a major way in which the hierarchy remains intact and racial injustice prevails. One of our greatest struggles then in undoing racism is learning how to receive the stories of others non-predatorily and with true attempt at understanding. That means as we struggle to hear and honor the stories of people marginalized by this construct, we should always be careful about telling anyone their oppression is unreal or untrue. Remember the practice of silencing is what oppressors have done for — well practically ever. Let’s not use the oppressors’ tools to keep oppressing. There are many stories within the story of “race” and they all matter. We can’t ever know the whole picture if we aren’t willing to see its many component parts. And if we can’t see the whole picture, it will be near impossible to make things better.”

Bold emphasis is mine.

Is Huang’s real-life relationship with hip-hop too complex for sitcom television?

I was okay with the OJ stuff.

It is not fair to blame the writers of this show for denigrating hip-hop. The denigration of hip-hop has already been done  by the record studios.

What we need to be watchful of is if the writers are going to use the ‘model minority’ stereotype to push down African-Americans – which already happened at least once on the show.
Flaws and all, the show is good to keep the dialog open on race relations.

The Huangs find themselves living in a largely white suburban community, running a restaurant that serves a largely white clientele, and attending largely white public schools. As a family, they are different from most of the people around them. But within the family, there is difference too. Louis is a nice-guy optimist; Jessica is a realist surrounded by an endless litany of American absurdities. Eddie’s brothers seem to blend in seamlessly, and Eddie—well, Eddie is an Asian American kid, born to Asian immigrant parents, who is so alienated by the dominant white culture that the only way he can relate to it is through hip-hop and other signifiers of black culture. “If you’re an outsider,” an older Eddie voice-overs, “hip-hop is your anthem.”

Anybody see Fresh Off the Boat last night?

In the trailer here I have one big complaint. The part where the mom says “If you get lost, go with a white family – you will be safe there.” Not funny at all. Not one bit. Actually extremely offensive. Both because it portrays the mom as being racially biased against people of color (racist) and it portrays the mom as not knowing actual crime statistics (ignorant).

I can appreciate humor from ignorant things that people do, but not when the ignorance is combined with racism.

On another note, it’s not really funny that they portray the mom as not knowing what the word ‘sample’ means. She clearly knows English. She just has an accent. Having an accent does not mean that a person is ignorant of vocabulary. I can let that joke slide, but not the racist one. Racism isn’t funny to me. It’s stomach churning.

“If you decide to use hapa in a non-Native Hawaiian context, I urge you to not rush to explain away the problems with it, but hold them in tension. Examine the many ways living in the United States can make you complicit with settler colonialism. There are no easy solutions to this complicity, but it is important to struggle against it nonetheless.” 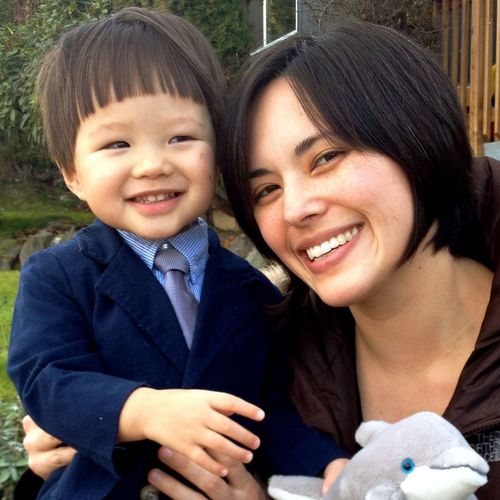 Sharon Chang describes the hardest race conversation she and her four-year-old son have had. 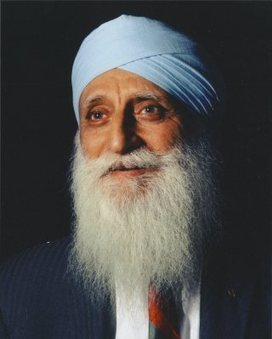 Bhagat Singh Thind(1892-1967), an Indian American spiritual teacher and writer, was denied US citizenship in United States v. Bhagat Singh Thind (1923). The Supreme Court ruled, 9 to 0, that while Thind was arguably Caucasian, he was not white.

Click through to read the whole article.This story paints the picture of one man’s personal sovereignty, dignity and persistence vs the twisted thinking of U.S. xenophobia. An amazing story that should be made into a movie. @getgln