Since its founding in 1994, StirFry Seminars & Consulting has revolutionized the field of diversity through its internationally acclaimed documentary films and seminars. Millions of viewers worldwide have seen The Color of Fear, as well as many of the other groundbreaking films produced and directed by Lee Mun Wah, StirFry’s founder, CEO and Master Trainer. In 1995, Oprah Winfrey produced a one-hour special on Lee Mun Wah’s life and the impact of The Color of Fear.

Lee Mun Wah describes how dialogs are better than panel discussions and how to acknowledge the person in front of you and stop playing devil’s advocate.

Get your popcorn and drink. The video is about an hour.

The United States is rapidly transforming into a more diverse, more educated and older nation. Gwen Ifill talks to Karlyn Bowman of the American Enterprise Institute and Ruy Teixeira of the Center for American Progress about a special collaborative report that analyzes the implications of these changes and what they mean for American politics.

Diversity Explosion shares the good news about diversity in the coming decades, and the more globalized, multiracial country that U.S. is becoming.

Summer blockbuster season is in full swing. For many moviegoers, that means escaping to a galaxy far, far away—or perhaps just a different version of our own planet Earth—through science fiction an… 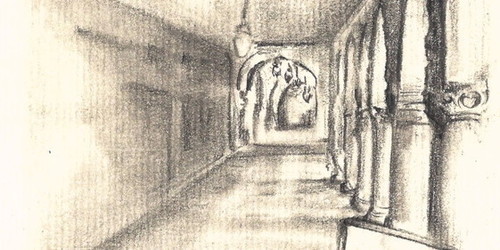 Inspired by Harvard’s “I, Too, Am Harvard,” project, Stanford will soon be home to “Stanford RIS…

The recent increase of African Americans at Harvard follows an effort by that university’s Black Student Association, which created the “I, Too, Am Harvard” project on Tumblr to address issues of Black identity and concerns from Black students at Harvard. 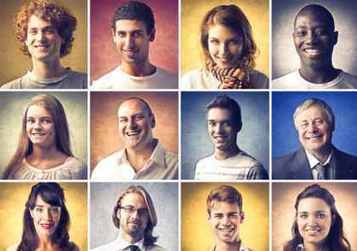 By 2042, so-called racial minority groups will make up the majority of the U.S. population. That’s according to the U.S. Census Bureau’s latest projection. Building on that, the Pew Research Center… 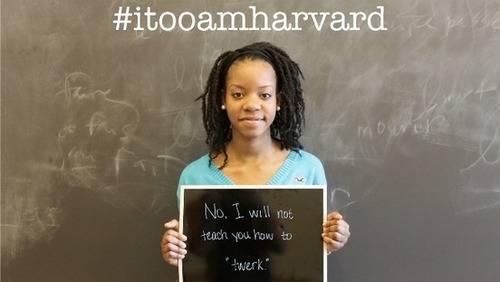 theGRIO REPORT – The student group I, Too, Am Harvard at Harvard University, which celebrates diversity at one of the nation’s top educational institutions, is inspiring other students from other … 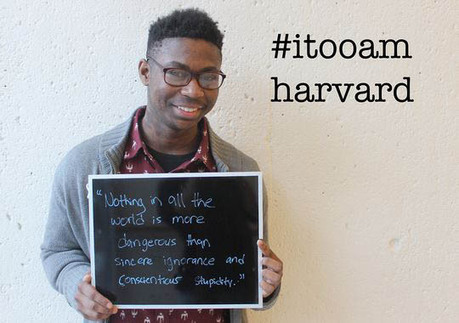 Some Harvard students share what it’s like to be black at the Ivy League school in a photo campaign called “I, Too, Am Harvard.”

The photos, posted on a Tumblr blog, feature Harvard students holding signs with phrases others have spoken to them. “You don’t sound black. You sound smart,” one sign reads. Another states, “You’re so lucky to be black . . . so easy to get into college!”