The Pew Research Center survey also revealed that a quarter of Afro-Latinos report their race as “Hispanic.”

Sourced through Scoop.it from: www.colorlines.com 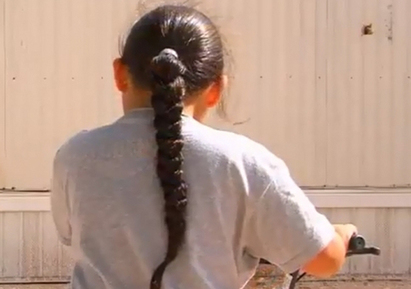 “When you’re adopted, at some level, your story is defined by a person who did not want you. Not wanting you may have been defined by wanting the best for you — in fact, most of the time it is.” – …

Sourced through Scoop.it from: theadoptedlife.com

Paintings by Laura Kina and photographs by Emily Hanako Momohara explore the artists’ mixed-heritage roots in Okinawa and Hawai‘i, employing unique strategies that blend fiction and reality to question the stability of memory and identity. In this video, they discuss their families, identity, and their art.

Because I appear white to most people, I already get asked the dumbest questions you can imagine about race. Now it’s only going to get worse.

Sourced through Scoop.it from: www.xovain.com

Aarathi Prasad sets out to challenge the science of racial purity and examines provocative claims that there are in fact biological advantages to being mixed race. 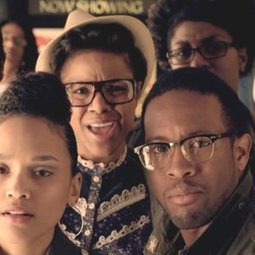 Several of our music selections came from THIS LIST by J-Zone.

Get all the other shows you’ve missed and much more at imixwhatilike.org!

Sourced through Scoop.it from: www.mixcloud.com

In the United States, the notion of racial “passing” is usually associated with blacks and other minorities who seek to present themselves as part of the white majority. Yet as Baz Dreisinger demonstrates in this fascinating study, another form of this phenomenon also occurs, if less frequently, in American culture: cases in which legally white individuals are imagined, by themselves or by others, as passing for black. In Near Black, Dreisinger explores the oft-ignored history of what she calls “reverse racial passing” by looking at a broad spectrum of short stories, novels, films, autobiographies, and pop-culture discourse that depict whites passing for black. The protagonists of these narratives, she shows, span centuries and cross contexts, from slavery to civil rights, jazz to rock to hip-hop. Tracing their role from the 1830s to the present day, Dreisinger argues that central to the enterprise of reverse passing are ideas about proximity. Because “blackness,” so to speak, is imagined as transmittable, proximity to blackness is invested with the power to turn whites black: those who are literally “near black” become metaphorically “near black.” While this concept first arose during Reconstruction in the context of white anxieties about miscegenation, it was revised by later white passers for whom proximity to blackness became an authenticating badge. As Dreisinger shows, some white-to-black passers pass via self-identification. Jazz musician Mezz Mezzrow, for example, claimed that living among blacks and playing jazz had literally darkened his skin. Others are taken for black by a given community for a period of time. This was the experience of Jewish critic Waldo Frank during his travels with Jean Toomer, as well as that of disc jockey Hoss Allen, master of R&B slang at Nashville’s famed WLAC radio. For journalists John Howard Griffin and Grace Halsell, passing was a deliberate and fleeting experiment, while for Mark Twain’s fictional white slave in Pudd’nhead Wilson, it is a near-permanent and accidental occurrence. Whether understood as a function of proximity or behavior, skin color or cultural heritage, self-definition or the perception of others, what all these variants of “reverse passing” demonstrate, according to Dreisinger, is that the lines defining racial identity in American culture are not only blurred but subject to change.

Sourced through Scoop.it from: www.umass.edu