His words do not apply to about 40% of the nation:

All this is why I study the changing policies if (im)migration law. In a country that preaches Freedom and Liberty, it has always been more freedom and more liberty for light skinned people.

You can easily see the racism and xenophobia that the U.S. is built on when examining Border politics. 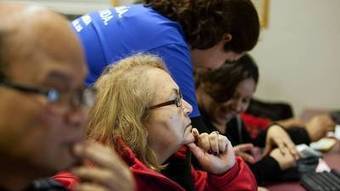 “A $20-million effort is now under way to get more permanent residents to become citizens so they can vote, have access to a wider range of jobs and become fully American. The money for the New Americans Campaign comes from major foundations and is going mainly to nonprofits that have already been doing citizenship work. Two former commissioners of the Immigration and Naturalization Service have signed on as advisors.” 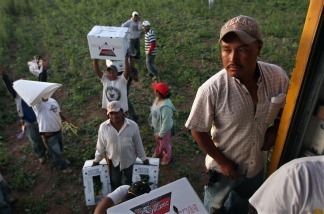 The President of Farmworker Justice, Bruce Goldstein, responds to an article about changes in Mexico that have brought down the rate of undocumented immigration to the United States.
Show original