LinkedIn co-founder Reid Hoffman runs into a problem when he advocates for immigration reform in Washington. Yet the tech sector has failed to win over Washington — despite multimillion-dollar advocacy campaigns. With the composition of the Republican-led House, which has blocked immigration reform, unlikely to change in 2016, their current strategy won’t work. Instead of using typical techie metrics-speak to explain how granting legal status to the nation’s 11 million undocumented immigrants

Sourced through Scoop.it from: www.sfchronicle.com

Sourced through Scoop.it from: goanimate.com

Our FWD.us team made this video!

The mayors of Cupertino, San Jose, Santa Clara, Fremont, and East Palo Alto come together to talk about the important impact immigrants have had on their cit…

Favianna Rodriguez is a visual artist and community organizer who merges her artistic practice with political activism. Through her bold, vivid artwork, she has become a leading voice in raising awareness about immigration, women’s issues, globalization and economic injustice.

In 1819, Congress passed a law requiring that the arrival of all immigrants be recorded. Immigrant workers were needed, and the rest of the 19th century saw their numbers grow. From that period through today, America has seen waves of immigration, which Natalia Bronshtein has captured in a colorful interactive graphic.

“Almost All Aliens offers a unique reinterpretation of immigration in the history of the United States. Leaving behind the traditional melting-pot model of immigrant assimilation, Paul Spickard puts forward a fresh and provocative reconceptualization that embraces the multicultural reality of immigration that has always existed in the United States. His astute study illustrates the complex relationship between ethnic identity and race, slavery, and colonial expansion. Examining not only the lives of those who crossed the Atlantic, but also those who crossed the Pacific, the Caribbean, and the North American Borderlands, Almost All Aliens provides a distinct, inclusive analysis of immigration and identity in the United States from 1600 until the present.”

Last Thursday, WITNESS was invited to The Paley Center for Media for a screening of a special segment of NBC’s Dateline, titled America Now: Children of the Harvest. This piece, a follow up to a 1998 Emmy Award winning report on migrant farm workers and their families, attempts to see, what has developed and changed in the lives of a particular group of people twelve years on. More specifically however, it is focused on the issue of child labor, as migrant families who work in the agricultural sector tend to be assisted in their work by their whole family, including children under the legal working age (for this specific sector) of twelve. 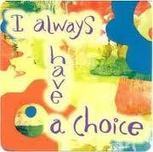 At a workshop last night discussing race and parenting, we were on the topic of slavery and one woman said that slavery still exists in America if you look at farming.