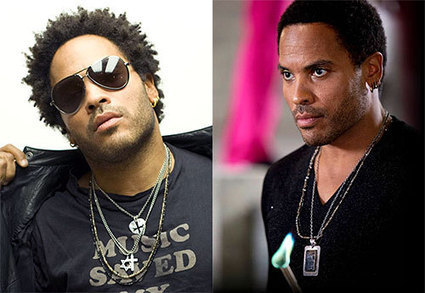 Music Videos: Let Love Rule, Are You Gonna Go My Way, Fly Away,American Woman, Rock and Roll Is Dead, It Ain’t Over ‘til It’s Over, Lady

“Lisa Bonet (1967- ) is an American actress best known for playing Cosby Kid Denise Huxtable on “The Cosby Show” and “A Different World” in the 1980s. On the day she turned 20 she ran off with a rock musician, Lenny Kravitz, to get married. It did not last but they had a daughter, Zoe Kravitz, in 1988.

Since then she has had some small parts in mostly small films, but she did star with Will Smith in “Enemy of the State” (1998 ) and appeared in “High Fidelity” (2000).

I loved her as Denise Huxtable. I was into her. She was not just beautiful and great to look at, she was also like me back then: confused, well-meaning but hopelessly self-centred. In “Enemy of the State” I could not take my eyes off of her.”