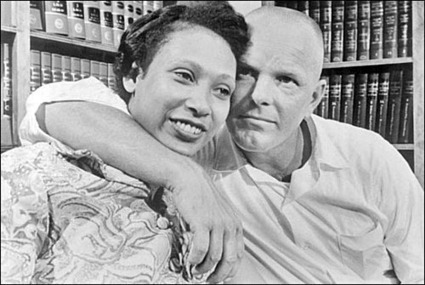 (Anniversary Week Rewind)   Jay’s Note: Without the Lovings, how many of us would even be here? 🙂   Originally Featured: July 19, 2011   (African-American, Native American (Rappahannock & Cherokee tribes)) [American]     Known as: Mildred and her husband (Richard Loving) were the couple behind the US Supreme Court case Loving v. Virginia (1967), which finally made interracial marriage legal throughout the United States.
Via dailymultiracial.com