Two sisters grow up in 1960s Georgia. But one is born with fair skin and when schools integrate, she decides to change her destiny – by passing for white.

Sourced through Scoop.it from: mixemag.wordpress.com

Summer blockbuster season is in full swing. For many moviegoers, that means escaping to a galaxy far, far away—or perhaps just a different version of our own planet Earth—through science fiction an…

Recording artist Zendaya will portray Aaliyah in a Lifetime film about the R&B sensation who died in a plane crash at the height of her stardom. The biopic will be filmed this summer and is scheduled to air this fall, the network announced Monday. It will trace a career that began with Aaliyah’s debut on “Star Search” at age 10. In August 2001 her life was cut short when her plane crashed after takeoff from a Bahamian runway. She was just 22

Novelist Sandra Ramos O’Briant, in an article posted on the Huffington Post’s Latino Voices section, weighs in on growing up in Santa Fe

Novelist Sandra Ramos O’Briant, in an article posted on the Huffington Post’s Latino Voices section, weighs in on growing up in Santa Fe “50/50″ – Anglo and Hispanic.
She’s the author of “The Sandoval Sisters’ Secret of Old Blood,” which won International Latino Book Awards for Best Historical Fiction and Best First Book in 2013. The book is about New Mexico sisters caught up in the Mexican-American war.
Her piece in the Huffington Post, part of a “tag” blog about diversity in literature by a series of writers, is headlined “Bullied: Diversity, Differentiation, Distinction.”
“In Santa Fe, New Mexico, I attended barrio schools and was bullied for my O’Briant surname. My classmates refused to believe my mom was Latina. Being a 50/50 was not easy. Diversity is a term I embrace, and not just ethnically. I hate being stereotyped and having my choices restricted, not only in my life, but in the lives I create for my characters.It begins:
“Most of my characters have been set apart from others in some way. A bullied child is an isolated child, and reading was my escape … . What I learned is that there is more that humans have in common with one another than what racially, ethnically or culturally separates us. The kids who bullied me acted out of ignorance that had been passed down for generations. I was lonely, but gained strength from my isolation; I learned to make my own path.”
O’Briant, born in 1949, then introduces her novel and continues:
“That’s the long way of saying that I began my historical research to answer the burning question that had so cruelly affected my youth: Why did the Latino kids in Santa Fe hate Anglos, especially Texans?
“Answering this question led to an examination of war, class, education, the role of women, religion and superstition during the Mexican-American War. Santa Fe, N.M., an area now known as an artistic and tourist mecca, was the first foreign capital conquered by the U.S. It had a profound impact on the people there.”
Click through to read more. 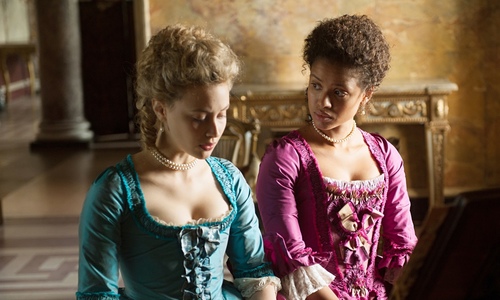 Ashley Clark: In giving top billing to Gugu Mbatha-Raw, the film Belle makes a real contribution to raising awareness of the mixed-race experience 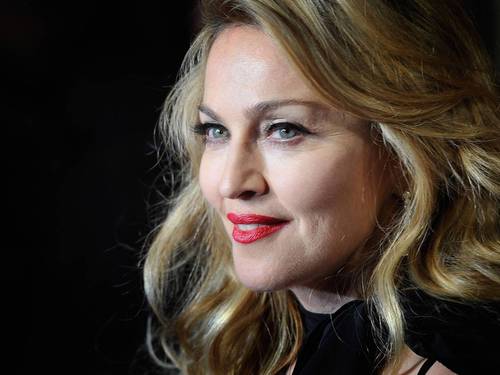 Despite past failures, Madonna is set to direct another movie, this time about an African island romance.

Michaela Angela Davis at Jezebel joins the flock of literary giants parsing 12 Years a Slave by examining the complicated relationship that was created during slavery and still persists between black women and white women. 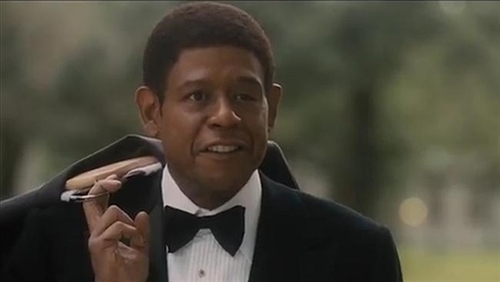 REVIEWS have been somewhat mixed but audiences love it and Barack Obama was reduced to tears when he saw it.

Born out of wedlock and of mixed race, Belle’s artistocratic upbringing defies the conventions of 18th century slave era England.