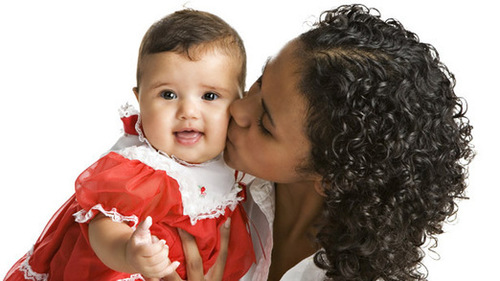 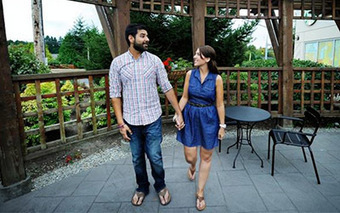 When Ashley and Raj Brar were married, they had two ceremonies: a white-dress wedding reflecting Ashley’s Irish, Scottish and Canadian heritage, and a traditional Indian ceremony to… 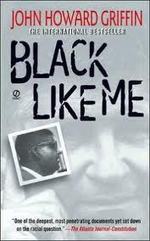 What does it mean to be a person another race?The answer to the question would lead John Howard Griffin on a journey through a side of America he had never known about. All he had to do was darken his skin.
See on communityvillageus.blogspot.com

When I was a child, the Berenstain Bears was definitely on my list of favorite characters to read about, so when I was asked to review this book I jumped at the chance. That jump was a bit premature, though. This book has good intentions, but its focus gets completely lost in its intentions to share the message.

To be fair, The Berenstain Bears: New Neighbors deals with a tough topic within the confines of a children’s book, prejudice. Adults can’t even seem to get it right in “grown-up” books, so I give Stan and Jan Berenstain credit for the attempt. We need books that teach children early on that differences are meant to be celebrated and not cherished, not something to be afraid of. This book boldly attempts to deal with prejudice, but in a very oblique way.

The New Neighbors starts off with the Berenstain Bears learning that they will have new neighbors across the street. Everyone in the family seems excited at the prospect of getting new neighbors, except Papa Bear. There lies the conflict. While the rest of the family welcomes the chance for new neighbors, Papa Bear has his doubts..

This would make for a decent story, if the authors (in my opinion) focused on letting the lesson  come from the story instead of trying to force the lesson into the story. Instead of well-crafted and uplifting story, all you really got was an awkward and uncomfortable one. The most obvious example of this is Papa Bear, who spends the majority of the book holding onto the belief that something is “wrong” with the neighbors without actually saying why. Papa Bear hates the notion of new neighbors before he even sees them, which makes his beliefs even stranger. Ultimately, a reader is left with the simple conclusion that Papa Bear either is not the type to like neighbors or doesn’t like the neighbors because they are pandas. Take your pick.

The weird thing is that no other character seems to question or challenge it, which would have at least provided a basis for the lesson that the book is trying to teach. Instead, the book skirts around the issue and loses a golden opportunity to teach children some creative thinking skills.  The Berenstain Bears cubs are only focused on playing with the neighbors and Mama Bear disregards or downplays all of Papa Bear’s irrational comments. In fact, she plans a get-together so that the Berenstains and the neighbors (the Pandas) can meet. While all of this is happening, the Pandas seem oblivious to all of this as well. Papa Bear doesn’t say anything to the Pandas and instead tells his family about how the Pandas are different. Alas, it is the case of a prejudiced bear that only makes prejudiced comments about others only when at home. I guess the issue of a covert prejudiced bear may not be too complex for early readers to grapple with after all.

The even weirder part of the story is that when the Berenstains go over and visit the Pandas (Yes, Papa Bear goes), Papa Bear appears to get along just fine. He is even smiling in the illustrations. So I guess the morale of the story is that Papa Bear learned a lesson of acceptance by osmosis or he is still a closeted prejudiced person waiting for a new opportunity to make comments at home. Either case, it was a weird and hastily assembled ending.

Having said all of this, would I still recommend the book? It depends. If you would like to bring up the issue of differences between people, this book can provide the opportunity to do it. Just be sure to answer the barrage of questions that might come your way about Papa Bear.

The test is important because it shows trends in how PoC’s are not only represented in media, but also how they are portrayed.

In order to pass the test, three requirements must be met:

A web site for students, teachers, and others interested in the causes and consequences of prejudice.
Show original