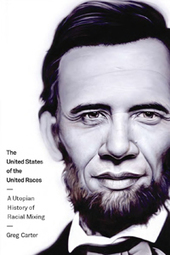 “In this genealogy, Greg Carter re-envisions racial mixture as a vehicle for pride and a way for citizens to examine mixed America as a better America.”

“…“race” in short, was a concept used to justify the extermination and enslavement of non-Europeans.”
“…so-called “racial mixing” in the Americas is a five-century—not four decade—aspect of our history.”
“It is the ideology of white supremacy that created the notion of race as biology, then racialized and dehumanized, enlslaved, and exterminated people around the world for centuries—and continue to do—to preserve the current Eurocentric hegemonic paradigm.” -Steven F. Riley
Via www.mixedracestudies.org