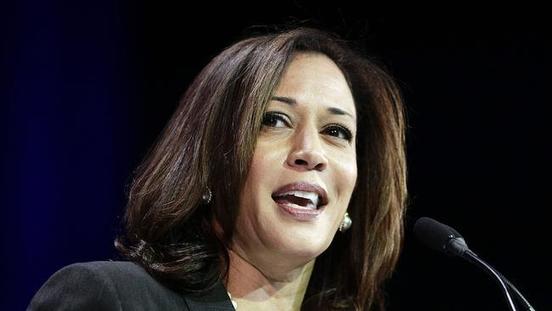 California Atty. Gen. Kamala Harris will announce Tuesday that she is running for the U.S. Senate seat being vacated by Barbara Boxer, according to a Harris advisor.

“She’s not testing the waters. She’s charting the course. She’s in with both feet,” said the source who requested anonymity while discussing Harris’ plans.
The move comes as California Lt. Gov. Gavin Newsom announced Monday that he would not run for the seat, averting an ugly battle between two Democrats who share many of the same supporters, have national profiles, are both from the Bay Area and are popular with the liberal wing of the party.
Harris, 50, who is in her second term as attorney general, previously served as the district attorney of San Francisco. She is the first candidate to officially declare. Boxer announced last week that she would not seek reelection in 2016, setting off a scramble among Democrats who have not seen an open U.S. Senate seat since 1992.
Former Los Angeles Mayor Antonio Villaraigosa and billionaire environmental activist Tom Steyer are seriously considering bids, as are several members of Congress.
article by Seema Mehta via latimes.com