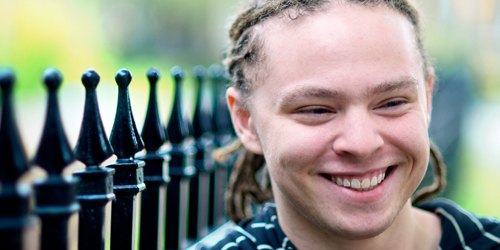 “Lance Hicks used to get mad when schoolyard bullies would argue with him about his race. “I used to carry around family photos to show them because I would get really upset when people would tell me that I wasn’t the race that I said I was,” he says, sitting on a bench in Clark Park. “Its just that idea that a perfect stranger based on how you look feels entitled to say they know more about you than you do.”

Hicks has a white parent and a black parent. He also has fair skin and light eyes. So when people look at him, they often only see a white man. But his race is not the only part of his identity people often misread. Hicks, 22, has been correcting them about his gender since coming out as transgender at 15.”