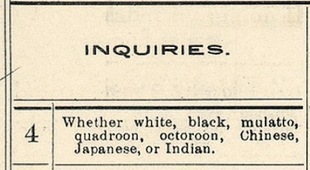 The Census since 1790. Archived by @joshbegley.

whoa! I wanted to create this collection. Someone beat me to it.
Check it.

This event was recorded live at Brooklyn Historical Society on April 18, 2013 as part of the Crossing Borders, Bridging Generations public programming series.

For example, prior to the year 2000, multiracial people could only check one box in the Race category of the U.S. Census. Now, according to the 2010 U.S. Census, multiracial Americans are the fastest growing demographic group.

Thinking towards the 2020 U.S. Census, people are asking: Does Latino heritage represent race or ethnicity?  How do people of Middle Eastern and Arab heritage self-identify according these racial categories?

This discussion about the history of racial and ethnic categories and all there is to learn from the U.S. Census was moderated by Eric Hamako, doctoral candidate in Social Justice Education at the University of Massachusetts Amherst: From Nicholas A. Jones, chief of the U.S. Census Bureau’s Racial Statistics Branch, we hear about exciting new developments for the 2020 census form.Josh Begley, creator of Racebox.org, explains why he scanned U.S. Census forms from 1790 – 2010 to make them available online.Data vizualization artist, Jonathan Soma, creator of A Handsome Atlas gives us a look into what Americans in the 19th century were interested in counting and measuring.And sociologist Ann Morning, author of The Nature of Race: How Scientists Think and Teach about Human Difference, talks about how the U.S. Census categories change over time and what that says about our uses for this demographic data: whether defining who is to be accorded rights of full citizenship and who is to be excluded; or monitoring inequalities and imbalances in an effort toward equity.

Thank you for finding this Mr.Thomas Lopez, Founder, LOMA program

Via Scoop.it – Mixed American Life
And it’s important for the U.S. to keep track of ‘race’ because…?
Show original 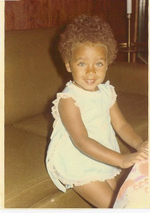 This ran on NBC Nightly News yesterday about the new Census figures. Check it out!
Show original

“Demonized in the early twentieth century as sexually polluting and culturally degenerate, mixed race people are now all the rage. The New York Times hails them as Generation E.A.: Ethnically Ambiguous and celebrates them as ambassadors to the post-race new world order. With Obama, our self-described “mutt” President, as its poster-child, the “the Mulatto Millennium” is finally upon us…   The dramatic increase in public visibility and popularity in the last decade is also due to its appeal as a post-civil rights answer to the “race problem.”   The widely-circulated manifesto, “Bill of Rights for Mixed Race People,” for instance, insists on the refusal to be “boxed” in, on the Census or anywhere else: I can check black today, more than one tomorrow, refuse to check anything the day after.   According to some studies, well over 80% of people of African descent in North America are mixed and Latinos also, of course, have mestizo and diasporic mixes.”
Show original

Via Scoop.it – Mixed American Life
A record 14.6% of all new marriages in the U.S in 2008 were between spouses of a different race or ethnicity from one another, according to a Pew Research Center analysis of new census data.
Show original 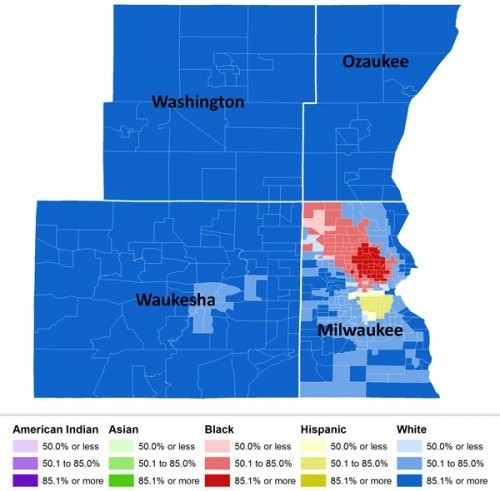 Sociological Images encourages people to exercise and develop their sociological imaginations with discussions of compelling visuals that span the breadth of sociological inquiry.
Show original