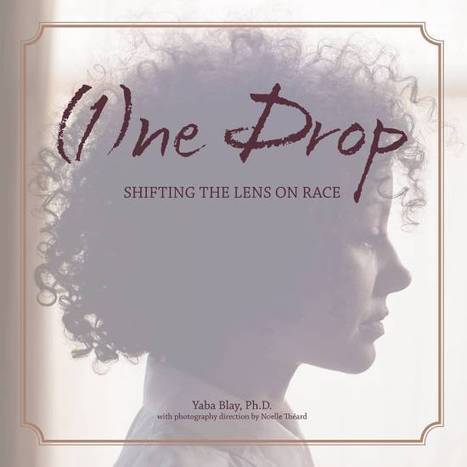 Yaba Blay’s (1)ne Drop: Shifting the Lens on Race (2014) is a beautiful, first-hand look at the true complexities surrounding the ways in which societies and peoples racialize one another and the w…

Soledad O’Brien: Why do so many black people—me included—embrace the “one-drop rule” when it really, literally, has its roots in terrible things?

Yaba Blay: Again, I think because the “one-drop rule,” in as much as it was oppressive, protected us.  It gave us an identity in the same way that when we talk about white parents of mixed-race kids, you know, and you’ll hear a lot of white parents say, “oh my child can choose to be whatever they want to be.” And then you see the child struggling. That there’s some comfort and there’s some strength that comes with being told what you are. And so I think the “one-drop rule” gave us a definition of blackness that was unquestionable. There was no space to be mixed-race, biracial, any of these things. And from that, we were able to mobilize, right, in the fight against Jim Crow; in the fight against segregation; in the fight against racism. That, again it gave us the parameters for what our community ultimately was.