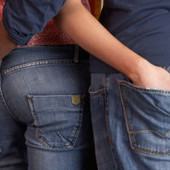 Ever since the now infamous Cheerios commercial aired, it seems there’s been an uptick in the popularity of interracial couples in commercials. 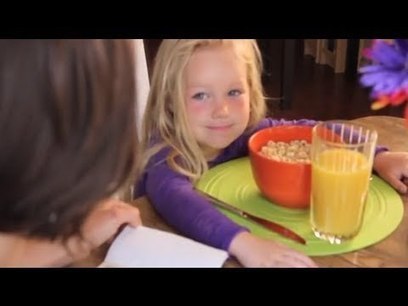 ORIGINAL CHEERIOS “JUST CHECKING” SPOT HERE http://www.youtube.com/watch?v=kYofm5d5Xdw The creative team at Cheerios responds to the backlash created by the …

For two weeks, I have scoured around the web looking for newsworthy Mixed American Life stories to blurb on.  Despite launching a new website, and curating content for other sites, I didn’t find anything I thought was newsworthy that related to being mixed. Sometimes it’s just damned tedious throwing up “funny” YouTube videos with folks talking about being mixed.  We need more sometimes and I just wasn’t finding it. Then this morning, I turn on CNN and hear that Cheerios (a.k.a. General Mills) had to shut down their comment section under a commercial on YouTube because of racist comments.

With temperatures already in the 100’s here in the desert, I have sworn off coffee until “cooler” weather prevails. But as I type this, coffee is perking and a cigarette is in the ashtray.  Are you kidding me? Nancy Giles, CBS Social Commentator, was interviewed this morning regarding the reaction to the commercial with the adorable mixed little girl (mixed-girl curly hair all over her little head) and I heard things like “bigoted”, “backwards”, “mean”.  What? That prompted a calendar check, and yes, today is June 3, 2013.

I cannot believe that we live in a country where because Cheerios decided to do a commercial, featuring what is perfectly represented in every state in the Union, that people are still this “bigoted” and “backwards”.  Our President is mixed, in case no one was paying attention….and I’d be a fool to believe that these same Cheerio-haters feel any better about him. What world are we living in? How is it, in the 21st century we still have people that want to hate on us because of whom we choose to love?

In a conversation with friends Glenn and Steve about a month ago, I remembered remarking that we had come a long way in race relations.  During this particular video call, our spouses (all of different races and nationalities) were talking in the background and Steve’s wife even taking the time to wave to us on camera. At that moment I thought, “How cool, three people in mixed relationships…yes, Lord, we have come a long way.”  And then this.  I take it back.  We haven’t come a long way if any group of Americans still feel that to be in a mixed relationship or to see the portrayal of a mixed relationship, whether “white & black”, “white & Mexican”, or “Blue & Orange”, is somehow a smear….really? And to take the time to type words-of-hate over a cereal commercial? Yeah, I’m taking it back.

Besides being in a really hurt and painful place, the critical mind does not stop. While I live in a city that is very diverse, it is also a place where the sheriff (Joe Arpaio) thinks that all brown is illegal [immigration], and that sometimes makes racial tensions higher here, but to think that there are folks in this country that still believe that racial mixing is akin to sleeping with the enemy is an EPIC FAIL.  I will gladly continue to post YouTube videos and continue calling out the bigots in our society, since there are some that can’t seem to grasp the reality of it.  I mean really….we should be at racial calculus and trigonometry and not still on the basic racial addition and subtraction.  Cheerios gets an “A+” in racial mathematics while the rest of us get an “F-”.  Keep talking….stay strong….eventually (I pray), we will get the math right.